Transcendental Meditation is very simple to practice. Owing to its simplicity, it is practiced by millions of individuals across the globe. Let’s dive deeper into understanding the nature and practice of transcendental meditation.

Transcendental Meditation (TM) is a mantra-based, silent meditation technique for relieving stress & anxiety, and gaining calmness of mind. It was created by the Indian spiritual guru Maharishi Mahesh Yogi in the 1950s; and is now famous worldwide as the most efficient, yet straightforward technique for relaxation and self-development. Transcendental meditation is derived from the Hindu religion’s ancient yogic meditation practice, but most of the associated programs are based on Maharishi Yogi’s interpretations of the Vedic traditions.

The technique for transcendental meditation is quite natural and effortless. It is practiced for 20 minutes, twice a day, sitting with the eyes closed. It also involves the use of a silent sound called a mantra. A mantra can be a Vedic word or a repeated silence sound as chanting to focus one’s concentration. The ultimate objective in this type of meditation is to achieve perfect stillness of the mind by transcending the ordinary human thinking process.

Transcendental Meditation is a non-religious practice. This means that there is no cult to follow, and also no philosophical, religious or spiritual beliefs to believe in. Certified instructors teach this technique through a standard seven-step course of instruction.

Some studies have shown that regular practice can help reduce stress, chronic pain, anxiety and high blood pressure. However, meditation is not a treatment for psychiatric conditions.

What is Transcendental Meditation?

Unlike the other forms of meditation that aim to control the mind, transcendental meditation focuses on driving the mind inwards to the source of thought. At the core of the mind, there is an already-existing natural calm. This state of peace is attained by going beyond thoughts at the surface level. Our mind has self-healing power when it is settled into silence and stillness, detached from the senses.

Transcendental Meditation is the process of freeing the mind from the clutter of thoughts accumulated as a result of mental work in day-to-day life. In TM, a mantra, generally the utterance of the Vedic word ‘Om,’ acts as a point of focus for most of our thinking. This shift of focus detaches the mind from thoughts that arise from contact with the senses. Thus, transcending sensory perceptions leads to settling the mind spontaneously to a natural state of bliss.

Difference Between Transcendental Meditation and Meditation

Transcendental meditation is fundamentally different from all other forms of meditation. Most Vedic meditation techniques, such as Zen and Qi gong, help gain control over the mind and train it through concentration or by alternating the way of thinking. However, transcendental meditation is effortless and involves no concentration. Visualizations, control, or mindfulness are seen as manipulations that can be counter-productive. Happiness is the natural tendency of the mind. Forceful thinking drifts it away from settling into its natural state of tranquility.

Regular meditation is focused attention that involves monitoring of thoughts and requires effort for training awareness. On the other hand, transcendental meditation is an effortless process of letting go of thoughts.

The most significant difference between these two meditation techniques is that only a certified teacher can instruct Transcendental Meditation through a step-by-step standard instruction course.

According to an American Heart Association statement issued in 2013, Transcendental Meditation effectively treats hypertension. Though experts agree that TM should not be used as an alternate treatment for mental health conditions, some studies provide evidence for the positive effects of this meditation technique, viz:

TM provides deep mental relaxation and inner peace. The mind is self-healed from past traumatic experiences. Stress is the outcome of an imbalance of our thought patterns. Daily thinking and mental work generate a clutter of thoughts that crowd our subconscious minds. Regular practice of Transcendental Meditation rests the mind inwards, and it no longer overreacts to the outer sensory perceptions.

In research conducted on a group of people who have post-traumatic stress disorder, it was found that transcendental meditation helps clear the subconscious mind of negative thought patterns.

Scientific studies from the American Heart Association recommend that Transcendental Meditation may be included in clinical practice for treating hypertension. Sitting quietly with the eyes closed is found to be highly effective in lowering blood pressure levels. Our emotions are put to rest in TM practice, which regulates the heartbeat and blood flow rate. Hypertension and high BP are directly linked to stress and anxiety. TM provides relief from both these emotional problems. Studies have also shown that TM has reduced the mortality rate of people with hypertension by 30%.

Transcendental Meditation practice is known to improve relationships and marriages by generating a deeper understanding of others. When the mind is free of the clutter of thoughts and there are no emotional turbulences, a person starts to develop a higher understanding of things and situations. Our experiences no longer cloud our intellect, and our decisions are guided by wisdom and neutrality. This makes us non-judgmental of others, and we begin to be forgiving of others and ourselves, too.

Attention Deficit Hyperactivity Disorder (ADHD) is one of the most common mental health conditions. ADHD can cause high degrees of anxiety and sometimes may even trigger panic attacks. Transcendental Meditation can provide relief from ADHD by improving brain coherence and balancing the activation of the nervous system. TM improves the overall functioning of the brain by improving the ability to focus. As a result, a person gains an improved organizational ability and can devote proper attention to every minute detail.

Lowers the Risk of Heart Problems

Heart disease does not happen overnight. Daily life stress, anxiety, blood pressure levels, etc., gradually build up developing a cardiovascular condition. A heart attack is the result of too much emotional weight we carry in our hearts. Transcendental meditation lightens up the emotional burden by letting the mind rest into freedom and its natural state of bliss.

According to the American Heart Association, patients who meditate regularly are less likely to suffer a stroke or a heart attack. Also, TM is said to be beneficial for people with conditions like metabolic syndrome.

How to Use Mantras in Transcendental Meditation

In Transcendental Meditation, a certified teacher chooses the mantra for the practitioner. The mantra word varies from person to person, according to gender or age.

In TM, a mantra does not necessarily need to have a meaning. According to Maharishi Mahesh Yogi, a mantra is just a means to shift our focus inwards. In the Transcendental Meditation process, a mantra is to be repeated in mind repeatedly while the practitioner sits in a comfortable position for about 15 to 20 minutes with the eyes closed. This is done twice per day.

A Transcendental Meditation mantra is chosen only by an instructor for the practitioner and varies from person to person. In TM, a mantra can be any sound that has no particular meaning. However, one can choose to pick a mantra for oneself, since TM is entirely safe to practice at home without the need for an instructor. The sound of a flowing river, birds chirping, or soothing music can also be set as a silent background sound for relaxation meditation at home.

Here is the complete list of transcendental meditation mantras in English and Sanskrit:

TM is a simple step-by-step instruction course guided by a certified teacher. Simplicity and effortlessness are the reasons for its worldwide popularity. The transcendental meditation practice involves 8 steps that are easy to follow for practitioners of any age or gender:

Sit comfortably in a chair with feet on the ground and hands on the lap. Legs and arms should remain uncrossed.

Close your eyes. Take a few deep breaths to relax the body.

Open the eyes. Eyes should have remained closed during the whole 20-minute process.

Repeat a mantra in your mind.

If a thought distracts you, return to the chanting mantra in your mind.

After 20 minutes, you may begin to ease yourself back to the world.

Sit for a few more minutes and relax.

Transcendental Meditation practice guides can be accessed online. Some platforms offer online audio as well as video meditation sessions. One such is the UWC app and website (www.UnitedWeCare.com). We provide guided meditation sessions and techniques that are easy to learn and are helpful for dealing with health conditions like insomnia, depression, stress, etc. Meditation experts on the UWC app provide techniques that help a TM practitioner achieve a state of emotional calm and inner peace.

OM has the power to heal, to reach the deepest darkest spaces in your body & mind. So here is a OM Mantra meditation especially designed for you by Psychologist Tulika Chandra, which will help improve... 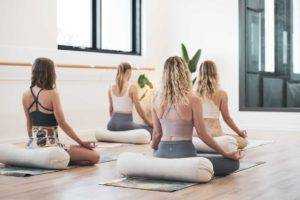 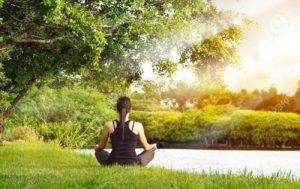