Everything You Need to Know about Anorexia 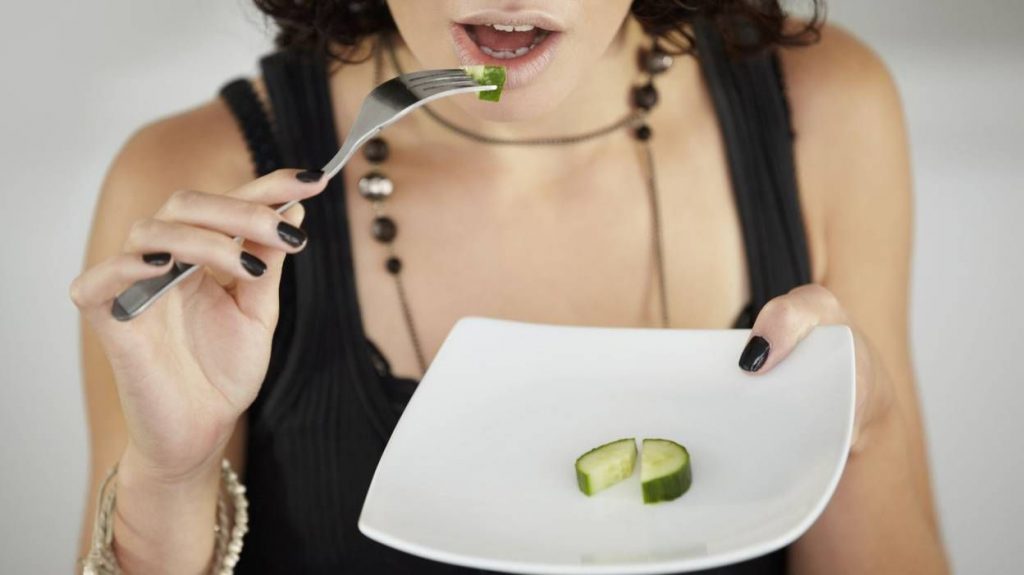 Obsessing over being slim by regularly skipping meals is not something done commonly but seen very often. Anorexia, or anorexia nervosa, is a dangerous condition and is also a psychological disorder.

Anorexia is not just being concerned about gaining weight or excessive dieting, but a plethora of other factors. Characterized by loss of weight, inappropriate BMI and disfigured body image, anorexia can be life-threatening. What begins with dieting, in a matter of time, becomes about control or fear of your body image. Obsessively controlling your diet can be attributed to a coping mechanism to deal with problems or negative emotions in life.

It’s one of the rare conditions in which sufferers often don’t want to get better. The disorder is quite different from depression, anxiety disorders, or obsessive-compulsive disorder, which people tend to hate and need to get rid of. Several anorexic individuals will not even use the word sufferer, because at least for a while, suffering is not what they feel – and they refuse to confess to themselves or others that it does. Seeking online professional help is a viable option these days.

Anorexia has the highest mortality among psychiatric conditions, with almost 1 million people suffering from the disorder in Canada. More females than males suffer from Anorexia Nervosa. Eating Disorders in Canadian children are estimated to be 2 to 4 times greater than Type 2 Diabetes. An approximate 10% of individuals with the condition can probably die within ten years from its onset.

An anorexic person starts reducing caloric intake and the kinds of foods they consume. Some also remove foods from their systems by inducing vomit or using laxatives. An excessive exercise streak is also commonly witnessed. Fortunately, even the gravest of psychiatric conditions are treatable and, with the help of online counseling and virtual therapy, is accessible to all.

Anorexia has 2 major types depending on the behavioral pattern of the patient:

People with restrictive type of anorexia can be viewed as someone who has high self-control. Such people practice control of the volume and type of food they eat. It mainly involves a low intake of calories, missing meals, no-carbs, and even restricting themselves only to foods of particular colors. They are also fitness freaks and exercise excessively. It is best to visit a psychologist or seek online therapy if you exhibit such behavior.

The pattern of restricting foods is similar to the aforementioned type of anorexia but with an addition. People suffering from this type of anorexia tend to binge eat and then purge the food.

Binging can be described as consuming large quantities of food to deal with emotions of being out of control. They then compensate for this by vomiting or using excess laxatives to eliminate the food. Diuretics and enemas are also used. A comprehensive session with an online counselor can help determine the type of anorexia and decide the best route of management.

We could say that genetics prepare the field, and our surroundings begin the game for anorexia. The condition can be due to genetics, traits and environmental factors. Broadly, the causes of anorexia can be due to the following factors:

Despite there not being clarity on the types of genes involved, it is believed that certain genetic predispositions put certain individuals at an elevated risk of developing anorexia. A tendency towards perfectionism, over-sensitivity and all such characteristics are associated with the eating disorder.

People with obsessive-compulsive traits along with anorexia find it easier to follow complex diet plans and give up food for prolonged periods even though they feel hungry. An obsession with the notion of a perfect body causes them to believe they are never slim enough despite being grossly underweight. This causes severe anxiety, and they gradually let go of meals to cope with the same.

The times we live in or have lived in places an unnecessary emphasis on being thin and having the perfect figure. You feel the need to look a certain way to be accepted by society. Your success and self-worth are equated with it. This attitude, fueled by peer pressure, drives people to be obsessed with being thin. It is most prevalent among young girls.

Signs and Symptoms of Anorexia

Anorexia dangerously affects the psychological and behavioral aspects of a person’s life and their family’s as well. Online therapy at the early stages can prove beneficial.

Here are the signs and symptoms of anorexia:

Physical effects of the condition in children and young adults are often related to issues with growth and the development of bodily functions. Complications of anorexia in adults are a direct result of excess starving and affects almost all body systems.

Low Blood Pressure and heart rate are commonly seen in anorexics, which may lead to arrhythmia.

Pain in the abdominal region and constipation are well-known symptoms. A reduction in the rate of absorption of food is also witnessed.

Excessive or low urination or lethal potassium deficiency are sometimes observed. Diabetes insipidus is also a complication of the condition.

A low bone density is a considerable effect of anorexia. It is common among young women. While this may improve with the treatment of anorexia, an elevated chance of fractures in the future always remains.

Anorexia is an illness from which full recovery is achievable as opposed to conditions like BPD, autism, and schizophrenia – which can merely be managed. However, it is one of the very few disorders in which patients spend most of their time not wanting to get better. There is a strong ambivalence feeling amongst patients about whether they wish to maintain or recover from anorexia.

A multi-approach treatment for anorexia is the best approach, though relapses are quite common.  The multidisciplinary treatment for anorexia involves nutritional support, psychological counseling, and behavioral modification. A patient’s weight is the deciding factor for how aggressive the treatment must be with in-patient treatment required for patients who lose more than 15% of their ideal body weight. As children and adolescents are at a high risk of suffering from irreversible damages and malnutrition, they may require inpatient care before reaching the 15% threshold.

The Maudsley Method is a 3-phase treatment that emphasizes family treatment designed for children and adolescents who have suffered from anorexia for less than 3 years. The first phase is the weight restoration phase, where a therapist works with the patient’s family and equips them with strategies to encourage the patients to eat more. The patient’s acceptance of the demand for increased food intake signals phase two’s initialization, where the control over eating is returned to the young patient. The third phase commences when the patient can maintain weight above 95% of their ideal weight on their own and self-starvation has diminished.

As patients are malnourished at the beginning of the therapy, they often go through strong feelings of negativity, manipulation and obsession. Clinicians often combine positive reinforcement such as compliments along with close monitoring. They design a strategy to impart a healthy approach to food and weight, regain healthy eating habits, and drive the importance of nutrition and a balanced diet into the patient’s psyche. Although there is very little evidence to support the use of antidepressants and antipsychotics in the treatment of anorexia, doctors prescribe these to control the anxiety and depression associated with the eating disorder.

Counseling and psychotherapy are the most effective methods to reduce relapses in anorexia and improve the chances of full recovery. The treatment for anorexia nervosa may seem intimidating, but a patient can develop healthy coping mechanisms and keep symptoms under control by remaining vigilant and maintaining good therapeutic relationships. Counsellors in Ontario are among the best psychotherapists in the world and are very experienced in the treatment of anorexia.

Cognitive Behavioral Therapy focuses on helping patients identify and alter dysfunctional attitudes, thought patterns and maladaptive beliefs about food. It is considered the gold standard for the treatment of anorexia.

Group Therapy or Family therapy focuses on one-to-one support to the patient and helps them work through interpersonal issues. Interpersonal and psychodynamic therapy helps patients improve relations and understand the real causes, underlying needs and problems associated with anorexia.

PrevPreviousSigns That Suggest You’re Depressed
NextAre You Oversleeping? Here’s Why It Might Be ImportantNext 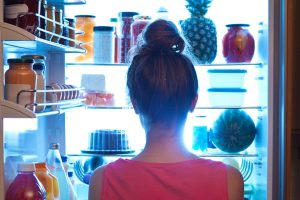