Psychopaths: 10 Shocking Facts You Should Know 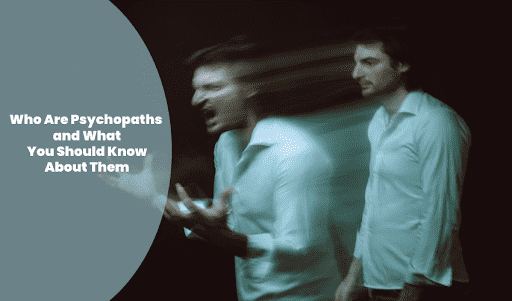 What is a psychopath?

A psychopath is a person who displays several antisocial characteristics like callous behaviour towards others, possessing an unemotional mindset, and exhibiting morally depraved behaviour. Psychopathic behaviour is associated with psychopaths, varying significantly from one person to another. 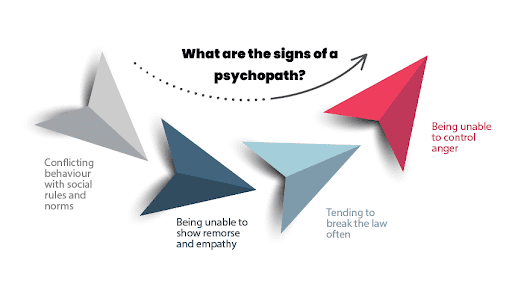 What are the signs of a psychopath?

Doctors do not consider psychopathy a medical condition; hence, there is no diagnosis for psychopaths. However, some clear signs indicate a person might be a psychopath. These are:

Additionally, people with an antisocial personality disorder may lack remorse, not react as if they have hurt someone, and may be impulsive or abusive.

How do psychopaths view the world?

It is scarce for a psychopathic person to spend time with others. Psychopaths have a problem understanding other people’s emotions and being considerate of them, which brings out the traits of callousness and narcissism. Below are some ways psychopaths view the world and other people:

The consequences of psychopathic behaviour

Unlike the widespread belief that psychopaths do not emote or process their feelings, they undergo emotional pain for multiple reasons. Like ordinary people, psychopaths develop a deep desire to be loved and cared for, which remains unfulfilled because of their apathy and cruel nature. Hence, psychopathic behaviour is a source of sadness for some of them.

Because psychopaths are socially isolated and lonely due to their condition, they might act violently, committing criminal offences. They believe that it is them against the world, that they are alone and therefore entitled to privileges and rights that apply only to them. It results in psychopaths committing violence. Hence, the consequences of psychopathic behaviour are emotional pain and violence.

What are the causes of psychopathic behaviour?

Below are the causes of psychopathic behaviour in people:

Many environmental risk factors contribute to psychopathy in people, like:

3. Differences in the brain structure

Many psychopaths have a deformed or abnormal brain structure. The amygdala in a brain is involved in empathetic behaviour, fearful encounters and social responsiveness. As a child, a person’s amygdala might develop different from others, causing them to become a psychopath.

What is the treatment for psychopaths?

In a one-on-one therapy session with a psychopath, a therapist interacts with them to bring out their subdued feelings. The therapist may then prescribe certain medications based on their assessment.

A group of psychopaths can be treated together in a session conducted by a therapist. All the patients share their feelings with the entire group. The therapist may also prescribe medications to the patients depending upon the assessment.

How to protect yourself from psychopaths?

Psychopaths tend to commit violent crimes and break laws. Even though most serial killers and criminals are psychopaths, not all psychopaths are violent or dangerous. Nevertheless, you can follow these steps to protect yourself from a psychopath:

What is the future of psychopathy?

Psychopathy is concerned with behavioural traits rather than being a disease. Currently, there is no definite cure for psychopathy. We do know that psychopaths tend to become violent criminals and serial killers. However, to compare every psychopath to a serial killer is unfair. For the betterment of psychopaths and society, every psychopath accepts their condition and gets treatment through therapy. Therapy helps keep many psychopathic traits like anger, cruelty, and apathy. Society must remove the stigma from the term ‘psychopath’. Close friends and family members of psychopaths must encourage them to go for therapy sessions and make them feel loved and welcomed. Those aware of a person’s psychopathy must consider how to behave with them to aid this process.

Psychopathy is a complex condition generally caused by genetic factors or ill-treatment meted out in childhood, resulting in emotional trauma. While psychopathy does not yet have a definite cure, there are a few steps that both the psychopaths and society can take not to trigger psychopathic traits. With awareness and sensitivity, the path to a cure gets closer.