On the United We Care mental health platform, you can find licensed eating disorder counselors and therapists who are specialized in assessing, diagnosing, and treating eating disorders and its symptoms. 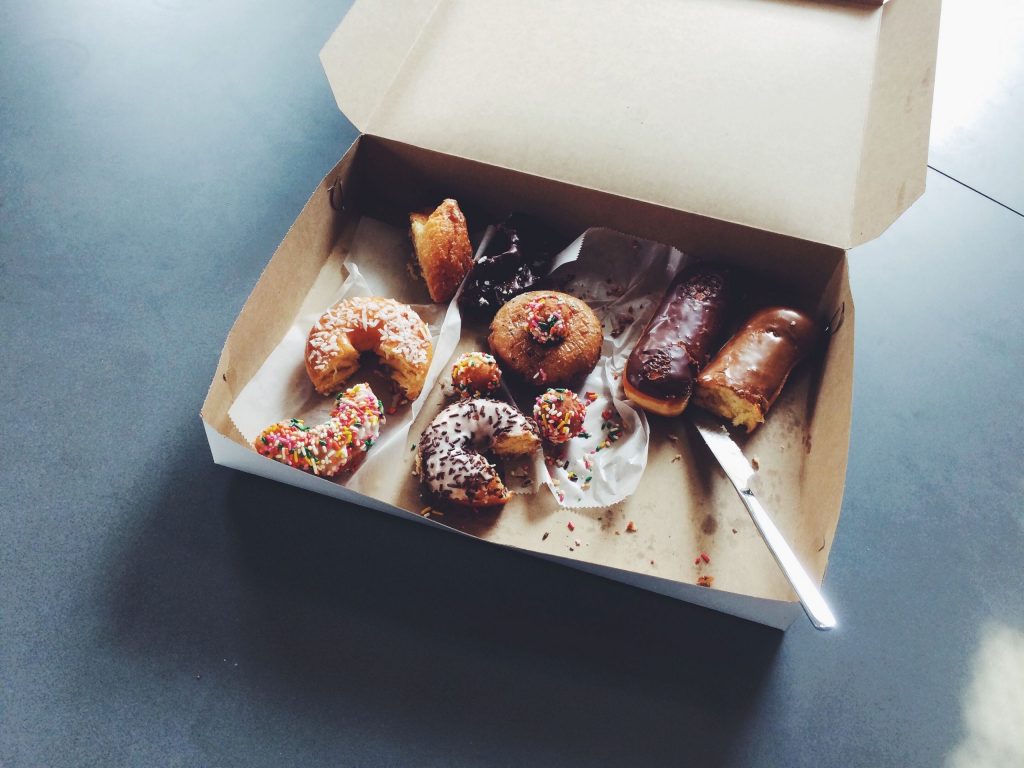 What is an Eating Disorder?

Eating disorders are mental health illnesses in which people go through severe disturbances in their regular eating habits. People suffering from this condition generally become pre-occupied with their weight and the food they consume. 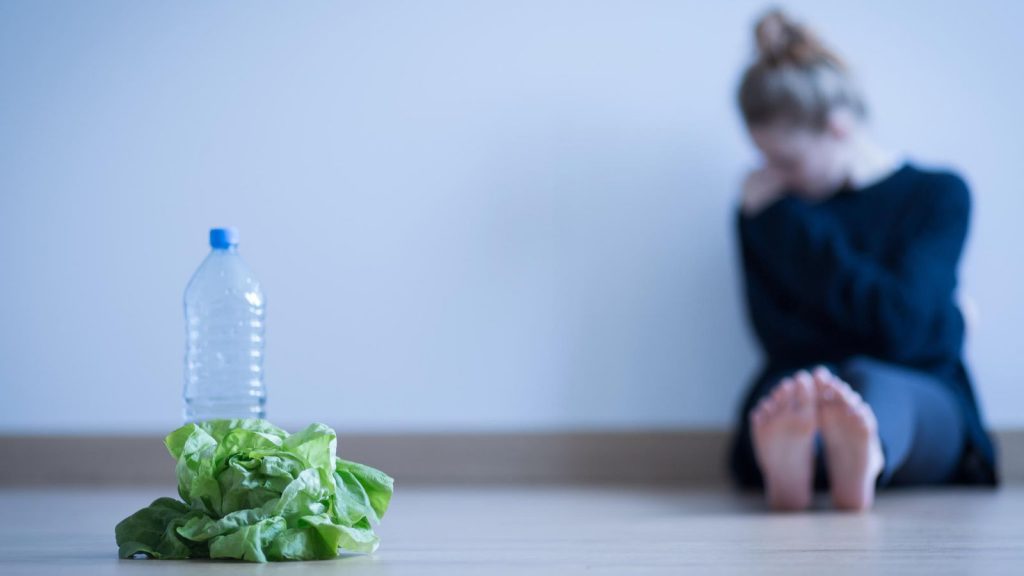 There are 3 types of eating disorder:

When the patient weighs at least 15% less than their ideal weight, it can be because of anorexia nervosa. Some of the main symptoms of this disorder include:

People going through this disorder usually weigh very little because they refuse to eat enough and exercise more than required. They might indulge in purging or making use of laxatives to help lose weight. If not treated in time, anorexia can cause:

Individuals with this disorder can either be a little underweight, or might maintain normal body weight, or can also be overweight or obese. Unlike anorexia, patients who have bulimia tend to binge-eat frequently and consume astonishing amounts of food in a small time-frame. They sometimes gulp down the food without even tasting it. They stop binge-eating only when interrupted or when they fall asleep. Post binge-eating, they usually suffer from stomach pains and the fear of gaining weight. It is one of the common reasons why they forcefully throw up or use laxatives. Most often, if your loved one has bulimia, it is difficult to detect as they hide their eating binge successfully most of the time.

Some main symptoms include:

• Salivary glands present in the neck and below the jaw become swollen, and the cheeks and face become puffy

• Laxative abuse, which can further cause problems in the intestine

• In rare cases, it can also lead to cardiac arrhythmias, esophageal tears, and gastric rupture.

Symptoms of binge-eating disorder include:

• Eating until you feel uncomfortably full

• Overeating even when not hungry

• Eating alone because you are embarrassed about how much you eat 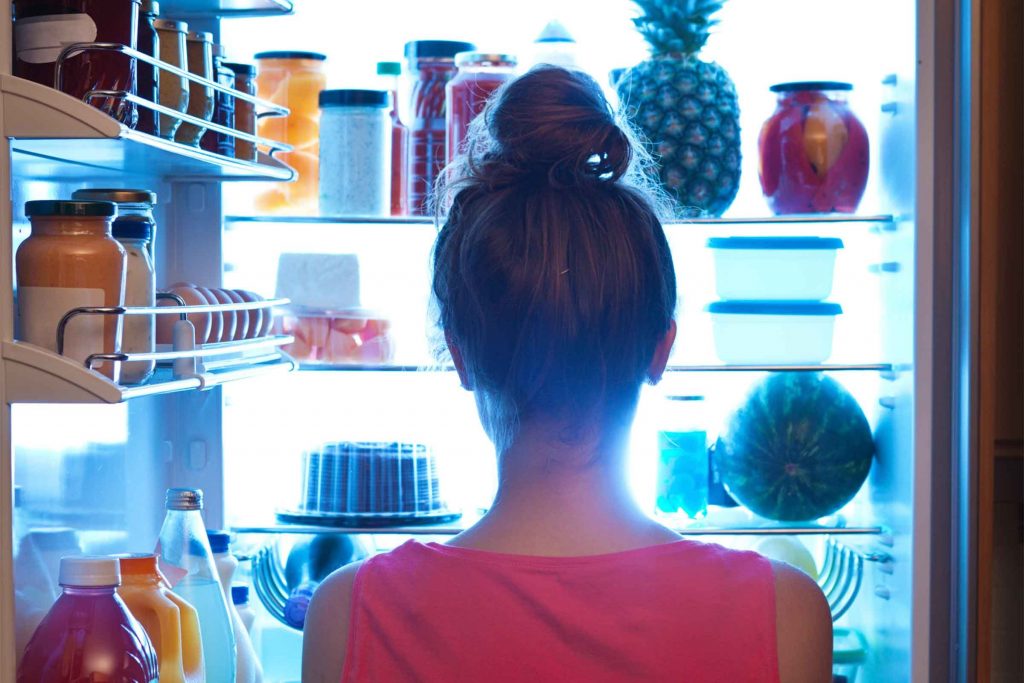 Signs and Symptoms of Eating Disorder

Here are the signs and symptoms of eating disorders;

Maybe you or your loved ones has avoided attending social gatherings because of the food served there. Or you make excuses and try to eat alone without any company. If so, this might be one of the signs of eating disorder.

Have you started calorie counting every item of food you consume? Maybe you have begun collecting recipes if you have had no prior interest in cooking? Perhaps you are always serving food to others but not eating any of it yourself? Or, if your food planning doesn’t go as planned, do you experience negative emotions? These are all symptoms of eating disorders.

Has food become your coping mechanism? Or do you feel guilty right after eating? Perhaps you have the habit of rating your day according to how ‘good’ or ‘bad’ you ate. If yes, this might be another sign you are suffering from one of the types of eating disorder.

Having a set calorie intake (which is too low), purging, diet pills, laxatives, binge eating, emotional eating, overeating, using stimulants to have a control on the appetite, excessive water drinking to feel full, too much exercise, or a combination of these symptoms might indicate an eating disorder.

Extreme changes in weight and body shape, tiredness or fatigue that does not go away after sleeping, increase or decrease in heart rate and blood pressure, and other lab abnormalities might be an indication of an eating disorder.

Remember, an eating disorder is a type of mental illness. It requires the patient to seek counseling or psychotherapy. If you think you or your loved one is suffering from the eating disorder symptoms mentioned above, then reach out for help. With proper treatment and therapy, this disorder is curable, and the patient will soon be on the road to recovery. 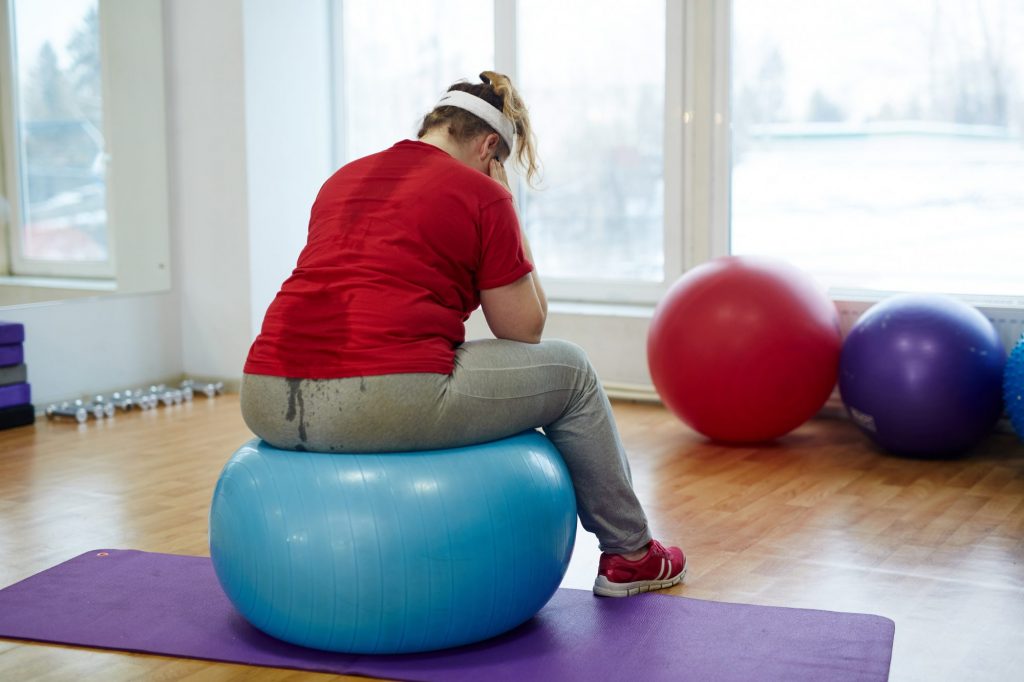 Common effects of Eating Disorders are:

Restricting food and/or purging by vomiting interferes with normal stomach emptying and the digestion of nutrients, which can lead to: 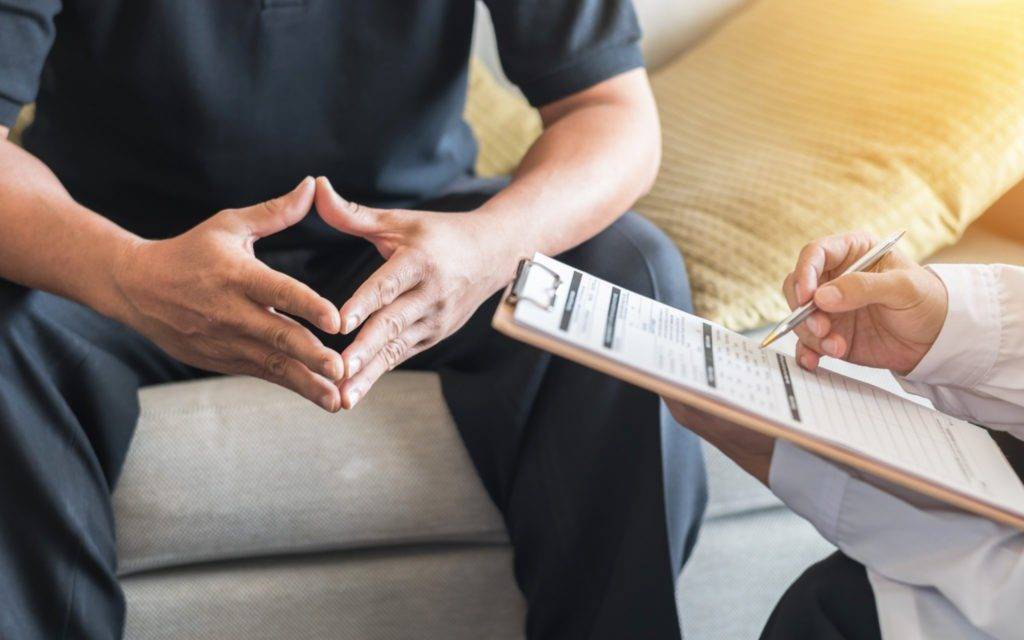 Eating disorder is diagnosed by physical and psychological evaluation by doctors. They make sure that all criteria mentioned in the Diagnostic and Statistical Manual of Mental Disorders (DSM-5), published by the American Psychiatric Association (APA), is met in the evaluation.

To rule out all the signs of eating disorder, the doctor will examine body weight, height, vital signs, skin and hair for dryness, and look for brittle nails.

A psychological evaluation by the doctor is also important. The purpose of this is to understand the subject's attitude toward food and eating. Based on the evaluation, a treatment plan is provided for proper nutrition and good eating habits. 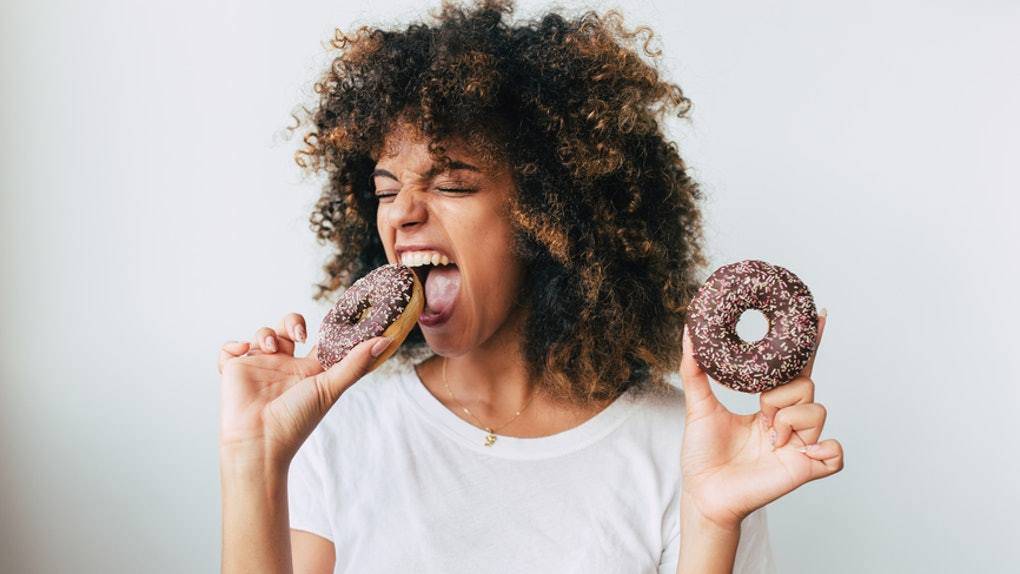 Starvation, vomiting or laxative use can lead to serious medical complications such as dehydration, low blood glucose levels, liver and kidney problems, or an extremely slow or irregular heartbeat. Doctors track the body's health by arranging the usual tests (blood count, liver, kidney tests, etc.) to minimize the risk of serious or life-threatening problems.

The primary psychological treatment to help people with eating disorders include:

The goal of this therapy is to involve all the family members to work together as a team to manage the patient's behavior and eating habits.

This therapy focuses on the patient's negative thoughts and helps convert them to positive ones. 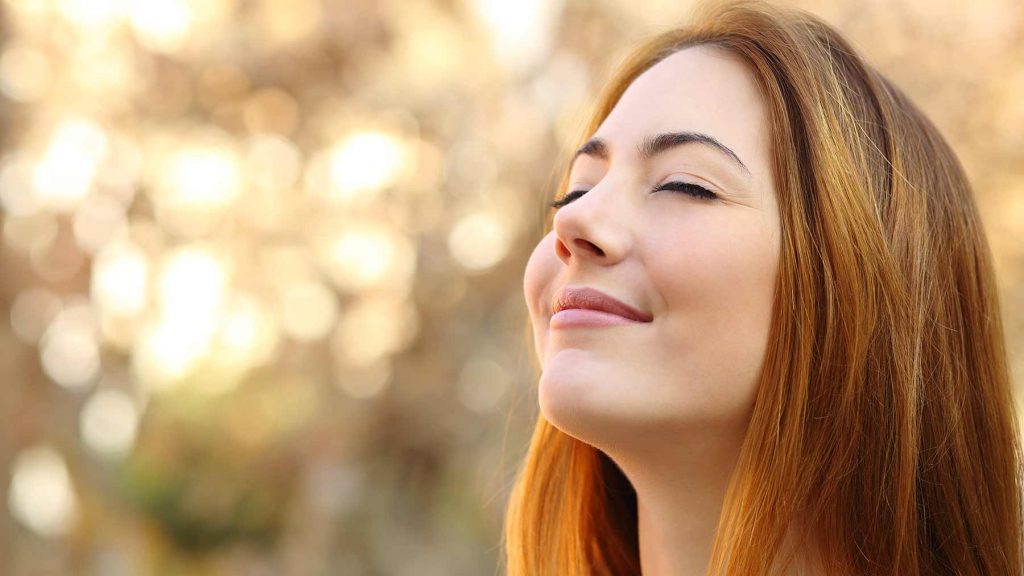 Here are some self-help tips for naturally treating eating disorders:

Say no to dieting

When you limit your food intake, you are more likely to become preoccupied. So, the focus should be to eat more nutritious food that will energize and make the body strong.

Listen to your body

People with an eating disorder ignore their body's hunger and fullness signals. The focus should be to understand the signals and eat as per your physiological needs, not your emotions.

Tip 2: Accept and love yourself

Stop body checking. The goal is to accept yourself. This shouldn’t depend on a number on a scale or a perceived flaw you think you see in the mirror.

Writing in a daily journal can help you keep track of your thoughts, emotions, and behaviors. If you notice that you’re slipping back into negative patterns, take action immediately.

Do you feel an urge to consume a lot or very little food? Maybe you’re concerned about the way you look? 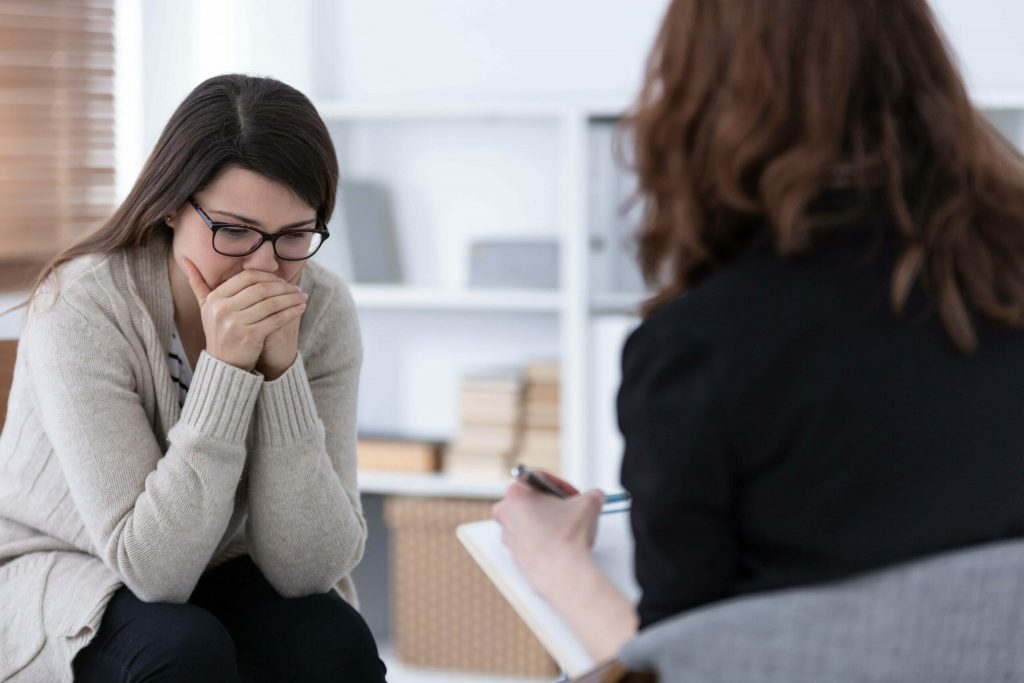 Everything You Need to Know about Anorexia

Learn all you need to know about anorexia and related eating disorders. 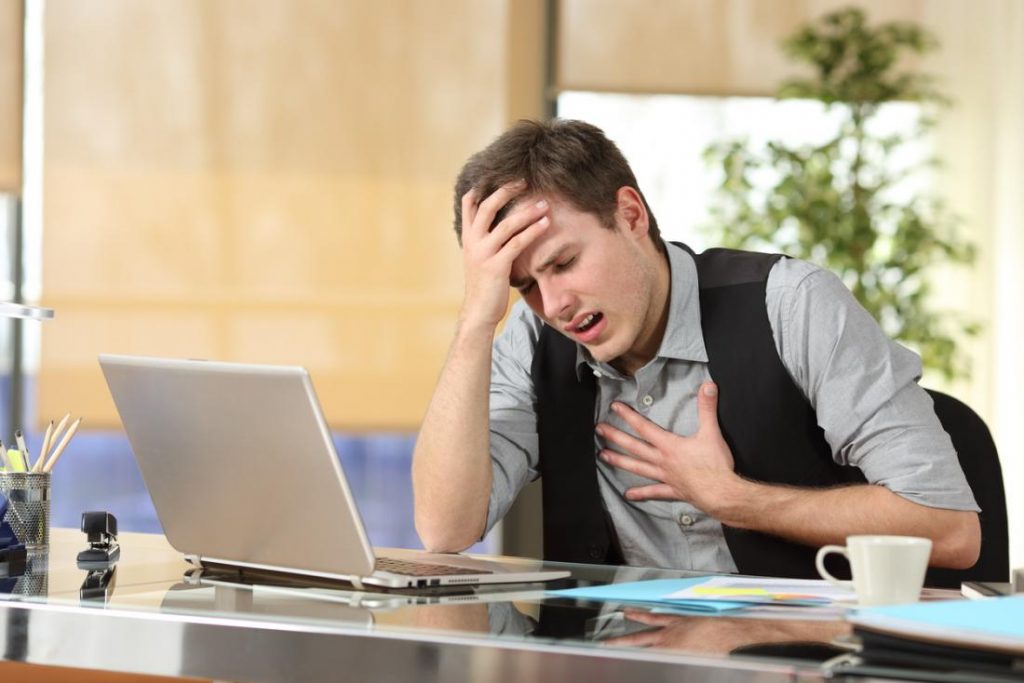 The Connection Between Stress, Binge Eating and Mental Health

Do you find yourself suddenly wanting to eat an exorbitant amount of food usually when you’re depressed, stressed or anxious?