How to Use Limbic Resonance in Relationship Counseling and Therapy

Limbic resonance is a fairly new concept in the field of relationship counseling and therapy. To understand limbic resonance better, we must look into the anatomy and physiology of the limbic brain.

Limbic resonance facilitates the therapeutic connection between couples in counseling and therapy sessions.

The term and the idea of limbic resonance first came up in a book titled A General Theory of Love published in the year 2000, penned by three well-known researchers, Fari Amini, Thomas Lewis, and Richard Lannon. Limbic resonance therapy utilizes certain qualities of the limbic system to establish emotional resonance in couples.

The limbic brain is located at the central part of the human brain deep under the cerebrum. It is ring-shaped and consists of a set of four structural components, namely, the hypothalamus, the amygdala, the thalamus, and the hippocampus. These components collectively work to generate physical responses of our body towards any external stimuli.

What is the Limbic System?

This limbic system is responsible for processing all our traumatic experiences. When we feel anxious or threatened, our body goes into “fight or flight” mode to save itself from the outside threat. The release of neurochemicals in this condition causes most blood to rush towards the limbic brain and the thinking part of the brain (prefrontal cortex) becomes inactive. This entire episode of experience gets stored in the limbic system in the form of feelings.

What Does the Limbic System Do?

The limbic brain decides how the body should react to intense emotions such as pleasure, anger, fear, guilt, aggression. It preserves all our memories and learning. It empowers us to connect with another individual emotionally.

Love and the Science of Limbic Resonance

The state of positive vibration in a relationship assimilates the functions of two key components of the limbic brain, the hypothalamus and the amygdala. The couples feel a sense of love and hormones like dopamine and oxytocin are produced in the hypothalamus. Dopamine elevates mood and oxytocin promotes couple bonding. The amygdala which acts under threat reduces its activity in this condition and the couples feel secured in each other’s company.

In the book A General Theory of Love, the authors Fari Amini, Thomas Lewis, and Richard Lannon have specified that limbic resonance utilises “the inherent ability of human beings to empathise and communicate non-verbally which can be the foundation for various modes of therapy and healing”.

According to them, limbic resonance is “a harmonised state of mind, when two people recognise their personal feelings and are sensitive towards their mutual feelings of care and warmth. Thus they can complement each other’s inner states”. This is an unconscious and internal process, which they say “opens up the possibility to connect in a social environment”.

Psychotherapists accepted this idea of evoking memories and knowing each other’s feelings to establish an emotional reconnect as an effective way of strengthening couple bonding. In simple terms, limbic resonance therapy can help to restore emotional harmony within a relationship by boosting up the power of the limbic brain.

The main objective of relationship therapy is to address relationship issues faced by couples and help them find an amicable solution that can revive their relationship bonding. It usually involves a series of counseling sessions where the therapist speaks to the couple either individually or together and tries to find out what is bothering them and most importantly, why.

In fact, the concept has been included as a part of emotionally focused therapy developed in the 1980s by two doctors, Sue Johnson and Les Greenberg.

As per the emotionally focused therapy guidelines, limbic resonance is applied at three clearly defined stages of counseling which are elaborated here:

To begin with, couples simply observe themselves and their own emotions when they interact with their partner at a personal level. This is the implementation of the primary concept of limbic resonance that “our brain chemistry and nervous systems are measurably affected by those closest to us” (as quoted in A General Theory of Love). Couples then scrutinize the effects of their behavior on their partner’s emotions. The practice reveals how they think about each other, how they deal with each other, and what their buried insecurities and fears are. This leads to the identification of the underlying causes of conflict and the possible triggers of cycles of conflict.

This phase establishes the concept of “limbic regulation” where the couple’s systems synchronize with one another in a way that has profound implications on emotional health. Couples are counseled to eliminate undesirable patterns in their interactions. They are encouraged to be more open and receptive when dealing with each other. They figure out the correct ways and means to improve their one-to-one interaction. They understand the benefits of making themselves emotionally available for each other and create a safe environment where their bonding can grow stronger.

In the final stage of therapy, couples keep their differences and negativity aside and dive deep into the core emotional aspect of the relationship. They learn to communicate effectively to create positive experiences which can replace the negative experiences of the past. The relationship is restarted on the basis of trust, understanding, and agreement. Researchers have defined this process as “limbic revision”.

At the end of limbic resonance therapy and counseling sessions, therapists prepare a self-care routine for the couple which includes limbic resonance exercises to keep the limbic system calm.

Exercises to Calm the Limbic System

Popular activities and exercises which are part of this practice are regular face-to-face interactions to maintain emotional connection; yoga and breathing exercises for physical relaxation; and daily meditation for mind and body alignment, and for soothing the limbic system. The main objective is to create the right condition and environment for the love relationship to survive and flourish in the long run.

Essentially, limbic resonance therapy facilitates the restoration of emotional equanimity. Couples learn to develop the quality of resonance. It inspires them to understand their own emotional needs as well as their partner’s emotions which in turn can have a positive impact on their emotional bonding. 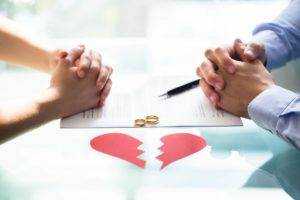 Step-By-Step DIY Guide to Filing a Divorce in Canada

Like every relationship, marriages too have their ups and downs. Couples get into conflicts for various reasons, including time, money, and stress. These unprecedented times that we live 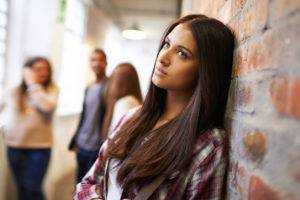 Do You Really Need Friends if They Disappoint You?

Being disappointed by people you love, at some point or other, is inevitable. There can be various reasons why you feel let down, cancellation of last-minute arrangements, absence

How to Stop Thinking About a Girl You Like

It is natural to be attracted to someone you cannot be with for several reasons. Several surveys and research conducted on the subject confirm the same. How to 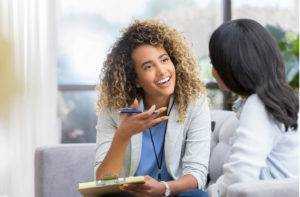 How to Use Therapeutic Metacommunication in Counseling or Family Therapy 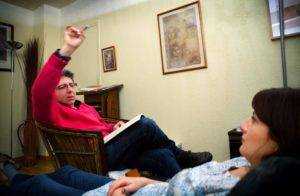 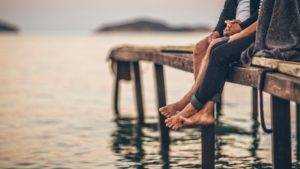